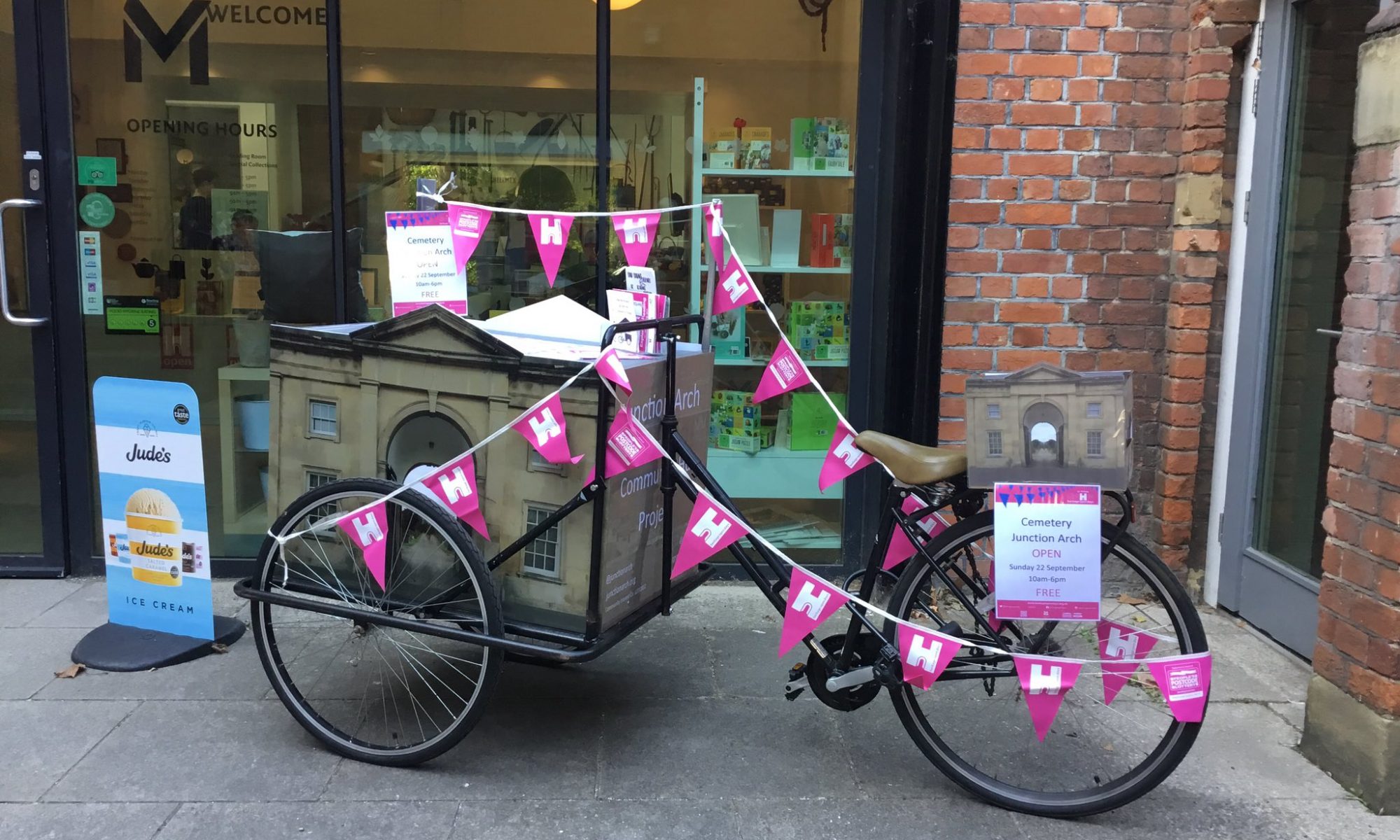 This project is being run by Junction Arch Heritage & Arts CIC who are investigating taking over the Arch at Cemetery Junction to run as a Heritage and Arts Hub. You can read more at junctionarch.org

We helped in the early stages with a grant to enable JAHA to have professional advice on a funding application.

RG Spaces also helped in a small practical way in this early stage of the project. For example, our info tricycle now has a Junction Arch ‘livery’ and we shared our stand at East Reading Festival, June 2019, with JAHA, encouraging visitors to look closely at the development of the Junction by studying old photos in our competition. 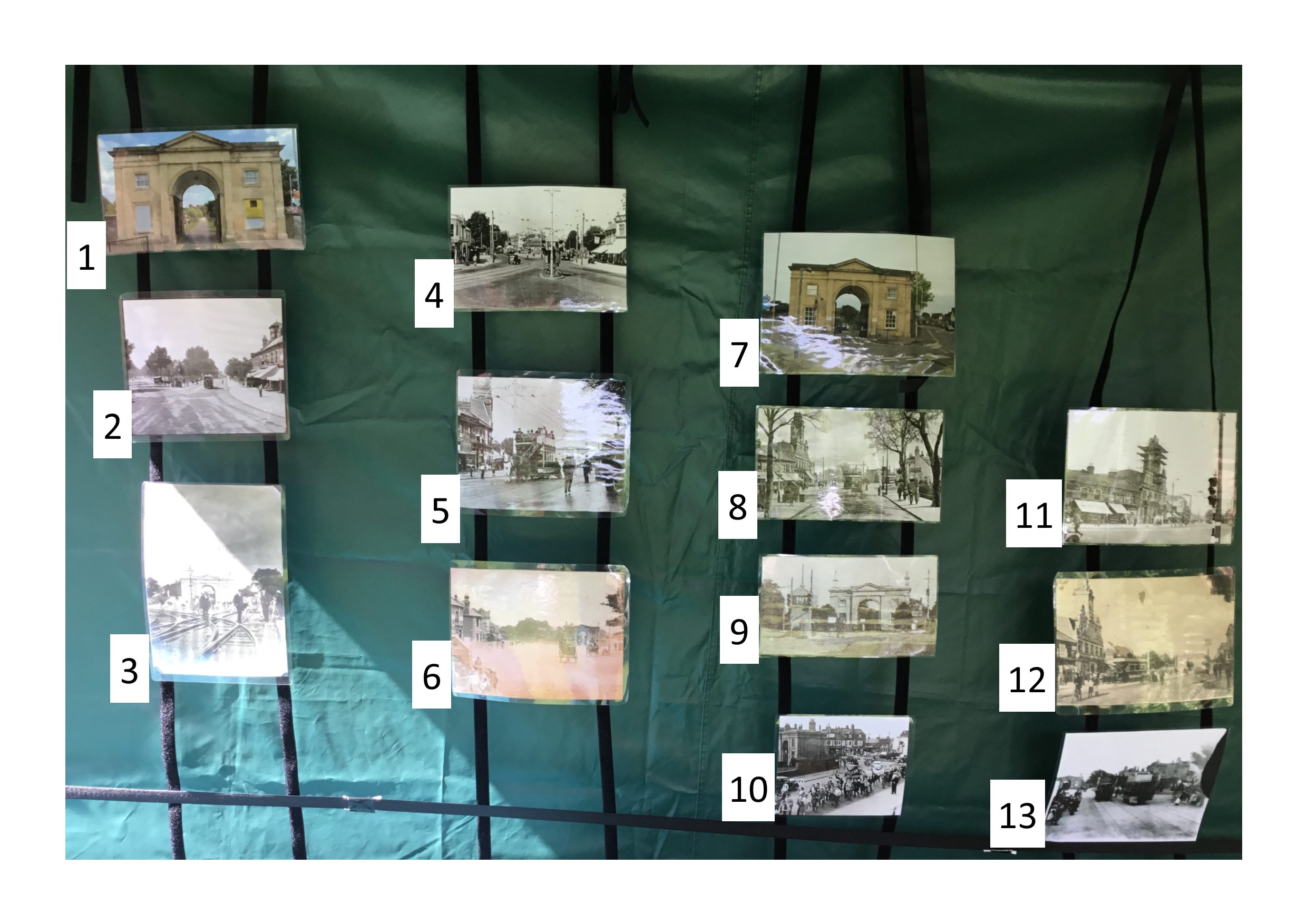 There were several ways of deciding which photo was taken before which – most notably the development of the tramway. Initially the rails ran only to the drinking fountain/horse trough at the junction of Kings Rd and London Rd. It ran a single story (horse drawn) omnibus [2]. Then the service became double-decker [13]. Then tramlines were laid beyond the junction [3], for example going down Wokingham Road and overhead electric cable to power the trams was put up and the horses disposed of [12].

Other hints as to date include people’s dress, for example the long dress of the woman boarding the tram [so probably before WW1], or the helmet being carried by a man near a car [so probably during WW2]. The development of traffic control at the Junction also helps – especially the police-controlled traffic lights and the roundabout. Initially the anti nuclear-war Aldermaston march went from London to Aldermaston, but organised by CND from 1959 went from Aldermaston to London [10].

In marking the entries we realised that there wasn’t any real hint on the 1895 photo, which was taken facing the Arch and didn’t show any tramlines, as to whether the lines were there up to the horse trough at the time. The condition of the photo also hinted at its being before the one facing west showing some tramlines [2]. We therefore did not mark down entries that had the timing of these reversed, or indeed those that had [6] before [13].

The photo with the Flatman Partnership for sale sign [1] was taken the first time Reading Borough Council put the arch up for sale. A bit before that it was being used by the Police and you can see the Police signs [7].